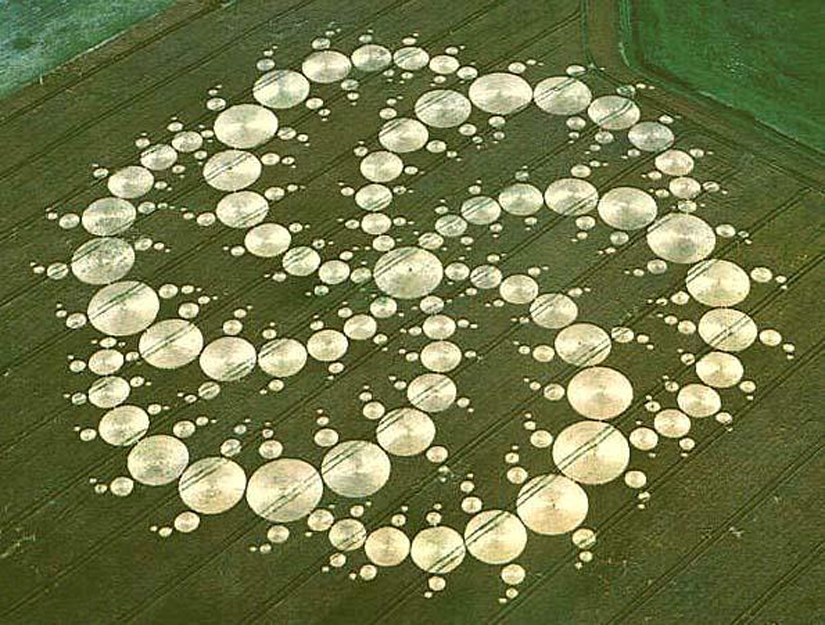 Crop Circles 409 Circles Appearing over night. How is this Possible?

They aren’t just Crop Circles any more, as they have been found at the bottom of the ocean, in the snow, and in sands around the world. It would be tough for Doug and Dave to make these Crop Circles. Plus, some of the information encoded in them is way over their heads. Please DO NOT take the information provided here at face value or disregard it as faked. That’s no better than blindly believing what others want you to believe. I urge you to do your own investigations, search for your own evidence and ‘truth’. As We did and came to find out that there so much more going on then is being reported in the News.

Unlike other mysterious phenomenon such as psychic powers, ghosts, or Bigfoot, there is no doubt that crop circles are “real.” The evidence that they exist is clear and overwhelming and often times very beautiful. The real question is what creates them. Whether its man, beast, alien, natural force, microwaves, sound waves, weather events, or dimensional beings. One has to admit they are pretty amazing. If for no other reason but their beauty, their worth looking at. Like a piece of art painted with Nature and on a natural canvas that disappears over time leaving hardly a mark on this earth. There are some who still try to explain Crop Circles by natural causes. Others invoke space aliens. Most of us by now are convinced that pranksters do this as a hobby. But how can we know? It’s true, some crop circles are hoaxed. Some are not. A hoax is a forgery, and forgers require a genuine from which to copy. So, what exactly lies behind the genuine crop circles? What is meant by hoaxed is there’s are knowns.  The ones that are not hoaxes have unknowns. Hoax, is defined as an act intended to deceive or tick. To deceive or cheat by using a hoax.