The Rats Are Deserting

The Rats are Deserting the Ship 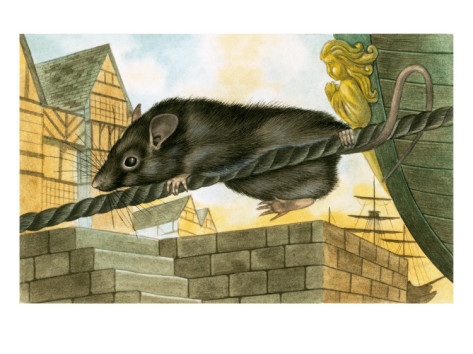 The Rats are Deserting the sinking Ship

This is a sign folks that things are about to get really bad. The Rats are Deserting the Ship. From the looks of things the elite are heading for the hills, and their underground bunkers. This could only mean one thing. That they know something that they haven’t been telling us. Hum, I wonder what that could be? New Comet coming Towards Earth Maybe!

New Comet Coming Towards Earth The Rats are Deserting the ship.

The announcement last week that Queen “Bilderberg” Beatrix of the Netherlands was abdicating the throne is but a visible sign of some fundamental changes in the secret power structure of the West. In a yet to be publicly confirmed move, David and J. Rockefeller have fled to an Island near Fiji, according to a CIA source. The Bush family, for its part, tried to flee via an airport in Arkansas but were prevented from doing so by the FBI, the same source says.

This source, who correctly predicted the resignation of Queen Beatrix is also saying that Queen Elizabeth with resign in favour of her grandson in the near future. These moves are all connected to the ongoing counter-attack against the genocidal Western elitists affiliated with the Bilderberg group, the Council on Foreign Relations and other related organizations. There is a lot more to come. As more Rats Desert the ship. 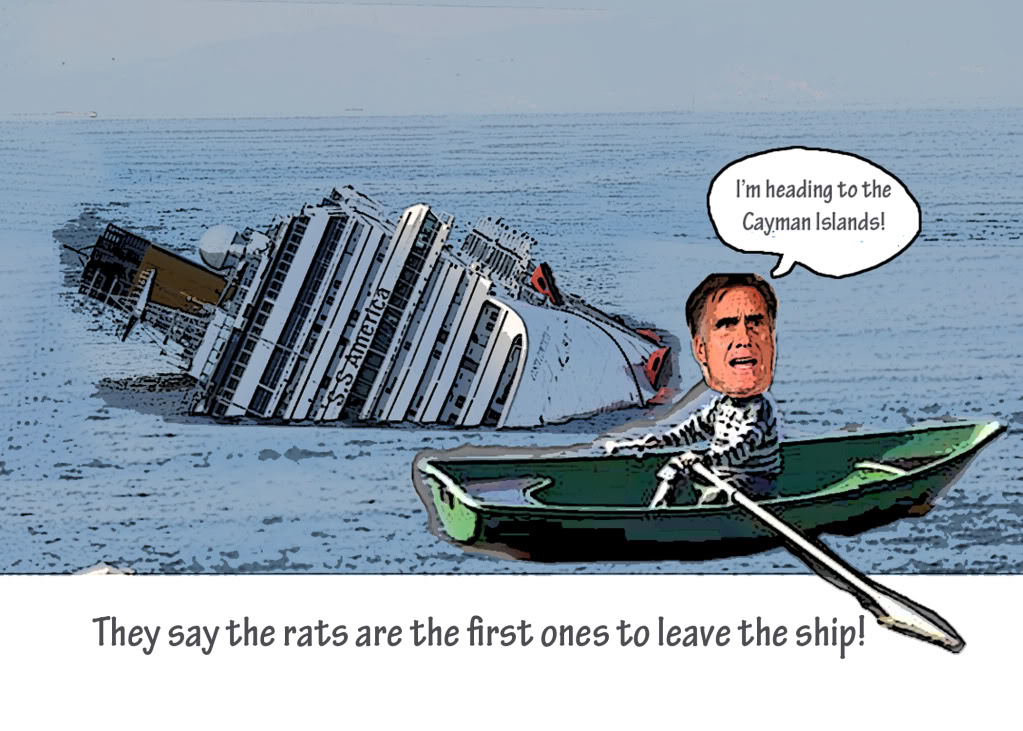 The Rats Deserting the ship No Great lose here

Also, at the time of this writing Lord James Sassoon has not responded to a hand-written letter delivered to him last week at the House of Lords in England asking for comment on the allegations that he bribed 82 politicians (actually paid actors) affiliated with Japan’s ruling Liberal Democratic Party. There are also plenty of indications of escalating infighting within the financial elite. The international banking transfer system, for example, is becoming dysfunctional.

Really this isn’t anything new they have been dysfunctional from the start with there greedy dysfunctional shelves. We Doowans think it’s about time, We the People took our bailout and stop paying these greedy bastards. We Doowans announce no more credit card payments for the rest of our readers lives. But this only applies to our readers because they know the truth and are awesome people. Send all your credit card bills to us we know exactly what to do with them. It’s cold where we live and paper burns really good and adds warmth. Of course you can just burn them yourself and enjoy the fire. Really it’s unsecured debt meaning there is nothing they can do about it. Take the cash and prepare for yourself and family. But We Doowans aren’t telling what to do here, but this is an option. And you can bet these dysfunctional banksters would do it to you. Fact is they already have to the tune of billions. 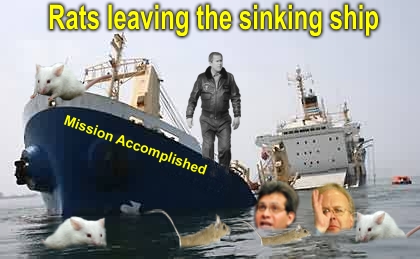 The Rats Deserting the ship. Again there’s no Great lose.

In finance, unsecured debt refers to any type of debt or general obligation that is not collateralized by a lien on specific assets of the borrower in the case of a bankruptcy or liquidation or failure to meet the terms for repayment.

In some legal systems, unsecured creditors who are also indebted to the insolvent debtor are able (and in some jurisdictions, required) to set-off the debts, which actually puts the unsecured creditor with a matured liability to the debtor in a pre-preferential position.

This means, it’s their debt as much as yours. Let them pay it from now on and see what they do with hanging over their heads. They will simply set-off the debt meaning they will pay it later, if and when they should ever have the money. Of course that would be never because there is no such thing as money, it’s a credit base digital economy. But we were talking about Earthquakes and how the Rats are Deserting the ship weren’t we?

Back to the Rats are Deserting the Ship

Of course we Doowans have been telling you the truth about the earth changes of some time. We hope that some of you have at least paid attention. We Doowans have decided to sell our tickets to the underground bunker. Because that’s not our style to run and hide. Of course the fact that we shower once a week to save water might have something to do with them revoking our right. Who wants a stinky Doowan in an enclosed structure. Well we were just thinking of you because it’s better to stink and have water to drink than to smell good and die of thirst, Right?

Anyway, from the looks of things we are just about out of time, before the shit hits the fan so to speak. This new Comet coming towards Earth is is going to make life above ground, shall we say, difficult? Because we don’t want to scare anyone. There has been an increase in the frequency and magnitude in earthquakes. We just had another big one 8.1 off the coast of Australia around Sandy Island in the Solomons. Truth is Sandy Island was there and now it’s gone. Sank is more like it. The Rats Deserting the ship. What happened to Sandy Island?

This 8.1 was really a 9.1 because they changed the richter scale to reflect a lower reading. They call it a downgrade, but really it’s a cover up!

(Newser) – A tsunami hit the Solomon Islands early Monday morning, killing at least 12 and stranding thousands more. The 8.1 quake brought huge waves nearly a mile inland in some places. “I’m driving down the street — there are boats in the middle of the road, buildings have completely collapsed and fallen down,” said dive shop owner Danny Kennedy.

Devastation is worst on the western island of Gizo. Robert Iroga, editor of the local newspaper, said that unconfirmed reports “suggest that the island was entirely washed away and people are floating in the sea.” The Solomons have been a popular vacation spot for New Zealanders and Australians, and locals are hoping those governments will come through with aid.

But no more tsunami warnings issued.

(AP) – Strong aftershocks rattled the Solomon Islands today, hampering relief efforts to tsunami-ravaged villages and forcing the South Pacific nation’s prime minister to forgo a visit to the stricken area, where nine deaths have been confirmed. Officials were already struggling to reach the isolated region when a magnitude-6.6 aftershock hit this morning, damaging roads in the island’s main town of Lata and preventing aid workers stationed there from reaching people on the coast.

“We’ve had over 115 aftershocks, but unlike all the others, this one moved vertically up and down. For the first time, it’s created cracks in the roads,” said a relief agency director. A stronger 7.1-magnitude aftershock struck late today. There was no tsunami risk and no immediate reports of damage.

No Damage what the hell are they talking about? An Island disappeared and people are floating in the Ocean but there’s no damage?  Well maybe there wasn’t damage in the office were these so called reporters typed these craps stories. But the truth is there was damage. The Sandy Island is under water and the Rats Deserting the ship with no place to go.

This list contains all earthquakes with magnitude greater than 2.5 located by the USGS and contributing networks in the last week (168 hours). Magnitudes 4.5 and above are in bold font. Magnitudes 6 and above are in red. (Some early events may be obscured by later ones on the maps.)

The most recent earthquakes are at the top of the list. Times are in Coordinated Universal Time (UTC).  Click on an event’s “DATE” to get a detailed report.

Most recent earthquakes are at the top of this list.

The Rats Are Deserting the Ship but don’t worry the ship isn’t damaged and we are not sinking.

So there’s no need for a life vest either because no tsunami warning were posted. So don’t worry. Oh, by the way if you need the captain he’ll be in that first life boat that left the ship.

Do you think any of these Earthquakes caused any damage? No, because the main stream media didn’t report any. Hello! This is just the last seven days and remember to add a 1 to the first number. Plus, these are the events that are above aTo get an idea of the old scale readings, that way we are comparing Apples to Apples. We haven’t even mentioned the increase in volcano activity yet. 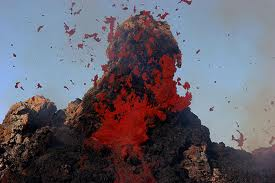 Volcanoes Erupting all over the world. No Rats Deserting the ship here.

We are not, I repeat, are not trying to scare you. We just thought you might like to know the truth, why the Rats are Deserting the Ship. But if you are unconcerned that’s fine because we really didn’t want to scare you.  So you don’t have to prepare. You can join us because we have resolved ourselves to taking it as it comes. I AM not afraid to die, may sound strange, but I AM looking foreword to the moment. Ah, to be free at last. But that’s my choice. I don’t want to live on a ship infested with Rats. So for me it’s Parallel Realities and Dimensional Shifts. Or the Photon Belt ascension into fifth dimensional space.

The Rats are Deserting the Ship and now we all know why.

And become the Light

The Rats are Deserting the Ship.
But we won’t Desert you we are all in this together

Disclaimer: This article is not intended to provide medical advice, diagnosis or treatment of any kind. We don’t imply or condone the breaking of any laws. For educational purposes Only. Or are we telling anybody to do anything regarding themselves. Nor, are we terrorists. We are all big boys and girls and can make up our own minds, if you government Clowns would just take the fluoride out of the water supplies.

The Rats Are Deserting, Soon the ship will be ours to sail.