Fukushima A day at the Beach

Here’s something we Doowans thought might brighten your day! Fukushima, A day at the Beach. But not in a good way. Now days going to the west coast beaches can be a glow in the dark experience. Two years after Fukushima we are starting to experience the effects for ourselves on the west coast and this is just the beginning. We Doowans know that out of sight can be out of mind. But this has serious implications. Researchers have released the findings of an intense study into the aftermath of Fukushima nuclear disaster and warn that the United States isn’t exactly spared. In fact, scientists now fear that incredibly contaminated ocean waters could be reaching the West Coast of the US in a matter of only five years, and the toxicity of those waves could eventually be worse than what was seen in Japan. “Within one year it will have spread over the entire western half of the North Pacific and in five years we predict it will reach the US West Coast.” Claus Böning, co-author of the study, tells the website Environmentalresearchweb. “The total peak radioactivity levels would then still be about twice the pre-Fukushima values,” the paper’s abstract reveals, discussing what long-term impacts could come to America’s West Coast.

We just thought you might like to know! Fukushima is not just a past event. But an ongoing experience with no end insight.

(Newser) – We’re just a month away from the two-year anniversary of the earthquake that spawned Japan’s devastating tsunami. Saying its effects linger far from Japanese shores is an understatement, per some recent reports: In Alaska:

“You’re basically standing in landfill out here,” says the head of a nonprofit that focuses on ridding the coast of marine debris. NPR reports on a scene replete with refrigerators, ketchup bottles, and the more concerning Styrofoam bits, which birds, rodents, and bears have been eating. The exec says the garbage, which was observed in every beach photographed in a 2,500-mile aerial survey completed last year, isn’t getting the attention it needs. Indeed, Alaska Public Radio reports that there wasn’t any funding for debris cleanup included in the governor’s budget, and such funding was removed from the Sandy aid bill that passed last week.
In Hawaii: A refrigerator has also made its way to these shores, reports Live-Science. “These items have never before been seen on these beaches,” says a marine debris specialist, who explains that they’re washing ashore in what the site terms “surprisingly homogenous waves”—first oyster buoys, then refrigerator parts—due to the wind’s effect.
In British Columbia: Its coasts have a Styrofoam problem, too, says a helicopter pilot who has been observing the shore for three decades. “Of course there’s always debris on the beaches,” he said. “But I dropped down … and, holy crap, all of a sudden you see all this stuff.” An expert on the subject expects the debris to wash ashore “through next summer. I expect the worst isn’t over yet.” The Globe and Mail reports that the West Coast anticipates it will see as much as 1.65 million tons of debris. 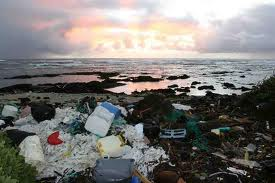 Sometimes out of sight is out of mind. Fukushima

It’s certainly been a while since an earthquake and tsunami took down the Fukushima power plant, but the results of that ravaging natural disaster might only now be ending up in the United States. People in Los Angeles, California are already on the lookout for debris that has been washing across the Pacific Ocean since March 11, 2011. It’s a treasure hunt. But the treasure could just kill you. Northern California could soon see “scattered and intermittent” episodes of flotsam from Fukushima washing ashore, says Peter Murphy, a marine debris expert at the National Oceanic and Atmospheric Administration, or NOAA.

Debris set adrift by the 2011 Japanese tsunami has made its way to Hawaii, triggering concerns over the unknown effects of the radiation it may carry from the meltdown of the Fukushima reactor.
Debris has washed ashore the islands of Oahu and Kauai and the state’s Department of Health has been asked to test some of the incoming material for radiation levels. Refrigerator parts, oyster buoys, housing insulation, storage bins, soda bottles, toys, fishing nets, plastic trash cans and even Japanese net boats have all washed up on Hawaiian sands in the past few weeks, triggering serious environmental concerns over both water pollution and radiation exposure.

Even though Hawaiian officials have minimized panic by assuring residents that radiation risks are low, their investigations and detection programs indicate that the concern is still there. One knows how they like to prevent panic. Even if it kills them. The state of Hawaii purchased a $15,000 portable radiation detection device in September, while the Hawaii Department of Health has conducted quarterly shoreline surveillance since the tsunami hit in 2011. This monitoring has increased since the debris began to wash upon the Hawaiian shoreline. And as long as the radiation risks are unknown, Hawaii residents should avoid collecting floating refrigerator parts or consuming Japanese mussels they might find on washed up debris. 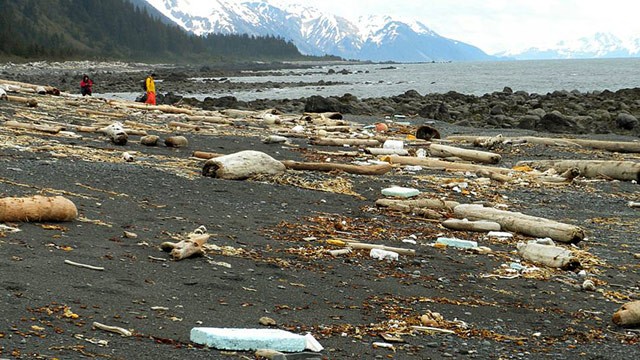 “There’s a bit of tsunami debris fever. It’s like an Easter egg hunt,” Charlie Plybon adds to the AP’s report. Plybon works as the regional manager of the Oregon branch of the Surfrider Foundation and has spent over a decade cleaning up the Pacific Coast there. Only lately, however, has he actually seen people actively looking out for Fukushima flotsam. “People used to walk past debris. Now they want to be engaged,” Plybon says.
Earlier this week, eight US sailors who were aboard the USS Ronald Regan during rescue missions after the disaster sued the state-owned Tokyo Electric Power Co (TEPCO) because they say they were led to believe radiation off the coast of Japan was not as bad as it really was. While those crew members are asking for tens of millions in compensation, though, any evidence of the meltdown that makes its way to America is likely to be relatively speaking not all that radioactive. Although the Japanese are believed to have lied about how dangerous the meltdown really was, the thousands of miles material would have to travel between Fukushima and LA would likely decontaminate almost all the debris. So how is one to know the truth. While around 80 percent of the radiation released by the meltdown was pushed off of Japan by wind and sea, there it was quickly diluted by Mother Nature.

Even still, that doesn’t rule out the odds of Californians coming into contact with some Japanese artifacts: debris has already been discovered along the West Coast of Canada and parts of Alaska. The fact that it’s expected anytime now in Los Angeles raises some other concerns, though. In July, an NOAA study suggested that the West Coast wouldn’t receive any contaminated debris until five years after the fact. Looks like more study is needed. Maybe NOAA should contact Monsanto to see how they do their GMOZ studies.

And within the next several years, Washington, Oregon, and California are expected to face the same dilemma. Fukushima debris that bypasses Hawaii will eventually make its way to the western coastlines of the US mainland as well.
Radioactive particles released in the nuclear reactor meltdown in Fukushima, Japan, following the March 2011 earthquake and tsunami were detected in giant kelp along the California coast, according to a recently published study. Radioactive iodine was found in samples collected from beds of kelp in locations along the coast from Laguna Beach to as far north as Santa Cruz about a month after the explosion, according to the study by two marine biologists at Cal State Long Beach.
Radiation has been detected in commercial oatmeal in Hong Kong. Despite assurances about “low levels” of radiation, there isn’t truly ANY safe amount of radiation. This is a reasonable concern with extremely hot particles like Cesium-137, which is the culprit in this case. Well they lied once, how can one believe a word that comes out of their mouth now? This gives new meaning to working on ones tan. 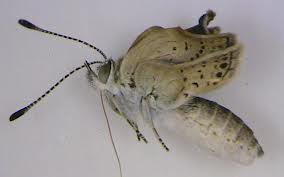 Plus, Researchers collected butterflies immediately following the nuclear meltdown from the surrounding areas of Fukushima and from various other localities in Japan. As compared with the butterflies collected from elsewhere, Fukushima butterflies showed some abnormally developed legs, dented eyes, deformed wing shapes, and changes to the color and spot patterns of their wings, with an overall abnormality rate of around 12 percent.
While these levels of mutations were still relatively mild, more alarming were the same data on butterflies collected six months later, in September of last year. The overall rate of similar mutations among these butterflies was around 28 percent, while this number skyrocketed to around 52 percent in the second generation produced from the collected butterflies.

Have a nice day at the beach folks. Surf’s up!

Fukushima Just another day at the beach with lifetime implcations

Disclaimer: This article is not intended to provide medical advice, diagnosis or treatment of any kind. We don’t imply or condone the breaking of any laws. For educational purposes Only. Or are we telling anybody to do anything regarding themselves.  We are all big boys and girls and can make up our own minds, if the Government Clowns would just take the fluoride out of the water supplies.

The Truth will set you a glow.